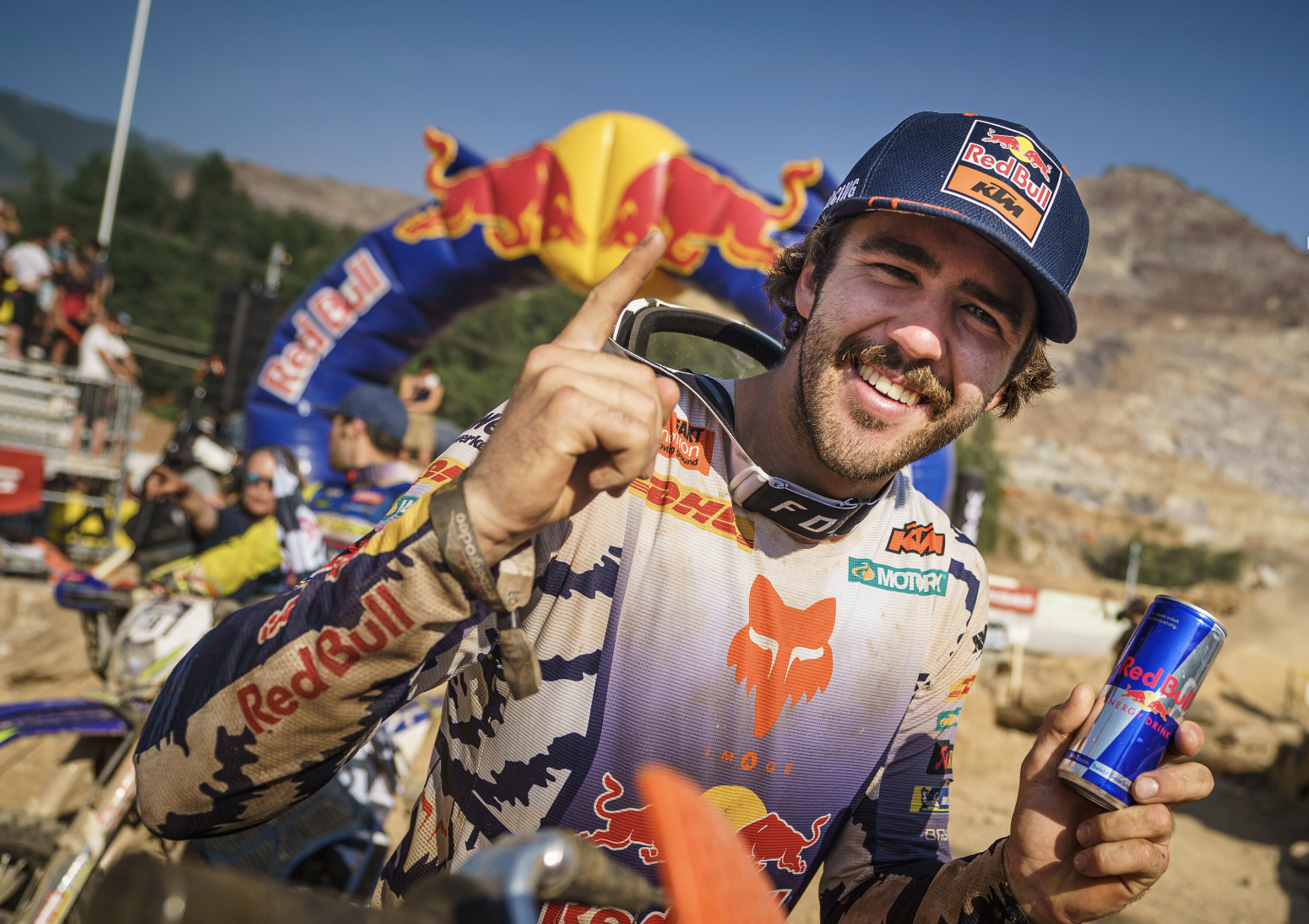 Manuel Lettenbichler has beaten 1,200 competitors and a mountain called the Iron Giant to triumph at the 26th edition of Austria’s iconic Red Bull Erzbergrodeo seven years after his father Andreas achieved the same feat – the only father/son combo to do it. Here is all you need to know:

– Held in the Austrian mining town of Eisenerz and first launched in 1995, the Red Bull Erzbergrodeo is a holy grail for Hard Enduro riders and takes place around the gravity-defying Erzberg mountain, a functioning mine producing more than two million tons of iron ore per year.

– The Iron Giant is the world’s largest human-made pyramid, creating an unrivalled challenge in offroad motorsport. After a three-year wait since the last 2019 edition, thousands of amateurs and professionals made the pilgrimage to the four-day festival that draws tens of thousands of fans.

– Riders had four hours to complete the course made up of 27 arduous checkpoints and, in one of the toughest editions ever, Lettenbichler battled against the mountain and runner-up Mario Roman of Spain for two hours and 58 minutes – the only rider to finish under three hours.

– The 24-year-old revealed: “When I cleared Lazy Noon (checkpoint 26), I was like ‘oh man, how sick is this’. Literally, the last push wasn’t too difficult, and it was an unbelievable feeling. I’m over the moon. It means so much that both my dad and I have won this race. Not many people will do that, it’s such a cool story.”

– Lettenbichler’s win wasn’t without challenges, as he struggled through checkpoint 22, named ‘Highway’, paving the way for Roman to draw close. 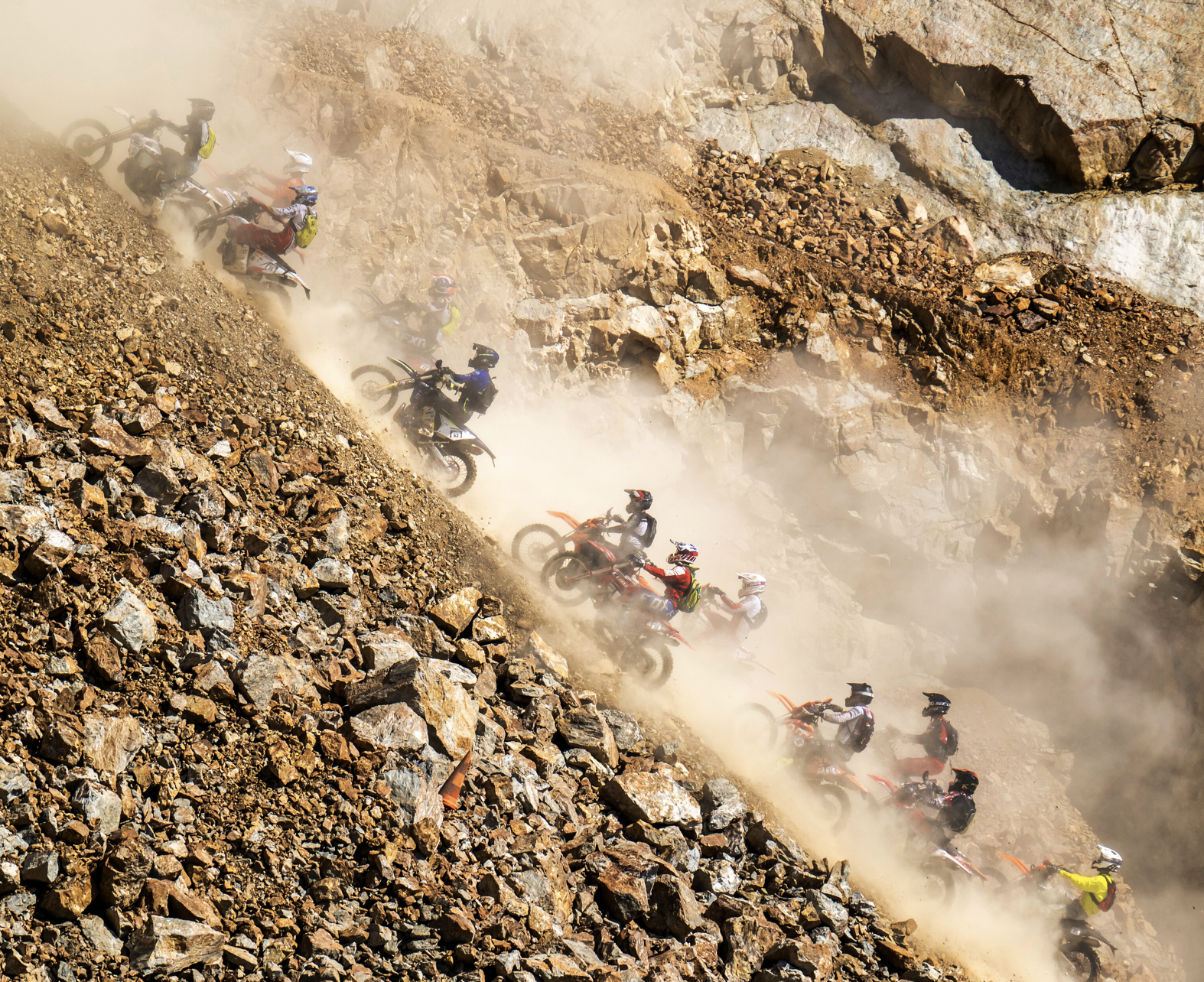 – The German added: “The Highway almost killed me. I was the first guy in there and there were literally no lines [to ride], I had to dig some lines and put some trees up, because it was really difficult, and I made it a little bit easier for the rest. The race almost killed me in this point.”

– Of the 500 riders who qualified for Sunday’s main event, just eight mastered the 35.2km course within the four-hour time limit with Canada’s Trystan Hart third behind Lettenbichler and Roman.

– In comparison to Lettenbichler’s start-to-finish win, Roman produced a fightback after falling backward at the mass start, which saw the first 50 riders released into the race at once. The Spaniard drew within metres of Lettenbichler in the closing stages, but couldn’t overhaul his rival.

– Roman, 32, said: “It was super tough, I had a miss at the start with crazy dust and I started to lose a lot of positions, about 20 or so. I tried to take it easy and do my own pace and I started to overtake one-by-one, then I was watching the leader, who was maybe 20 metres away, but second place was all I could do. The toughest thing today was finding surprises because we walked the track, we thought that we knew all the sections, but then when we were riding, we didn’t recognise some new sections. That was hard because we couldn’t find the good lines and that was difficult for the first riders. I think for sure this was the hardest edition ever. Even if only one year there were only five people that finished, I would say that today not many people will get to the finish in time.”

– This year’s race marked the first time that the famed event was part of the FIM Hard Enduro World Championship with the prologue narrowing the field to 500 qualifiers for the start of Sunday’s main race.

– Michael Walkner was the only Austrian to finish his home event, while South Africa’s Matthew Green – the final finisher – was the only FIM Junior Championship rider to see the chequered flag aged just 20.

– The hard luck story of the day was five-time Red Bull Erzbergrodeo winner Graham Jarvis (GBR), who encountered mechanical problems that saw him stranded on the start line for an hour.

– Despite the 47-year-old veteran making his way through 21 of the 27 checkpoints in the time he had left, he was unable to finish within the time limit. 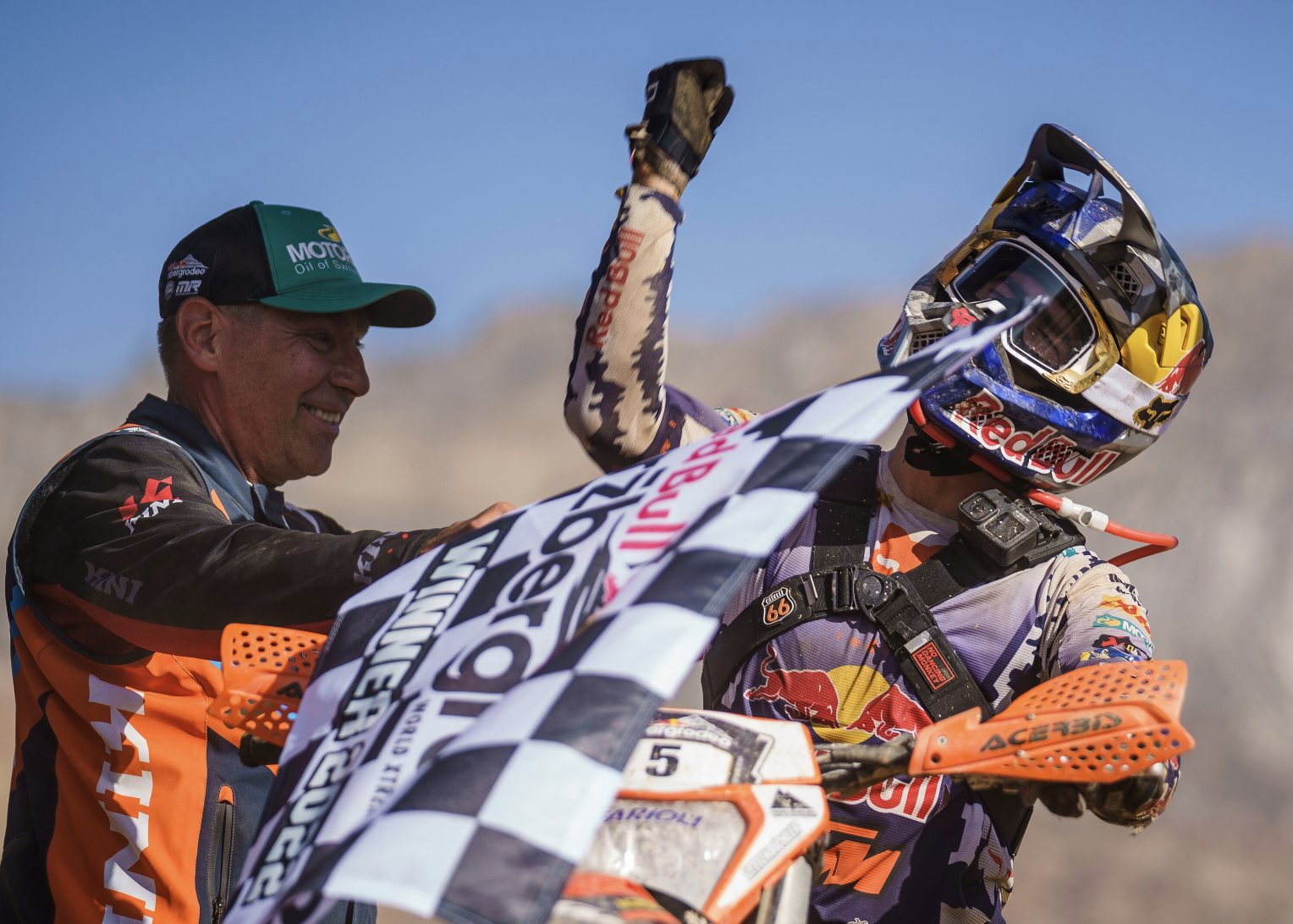