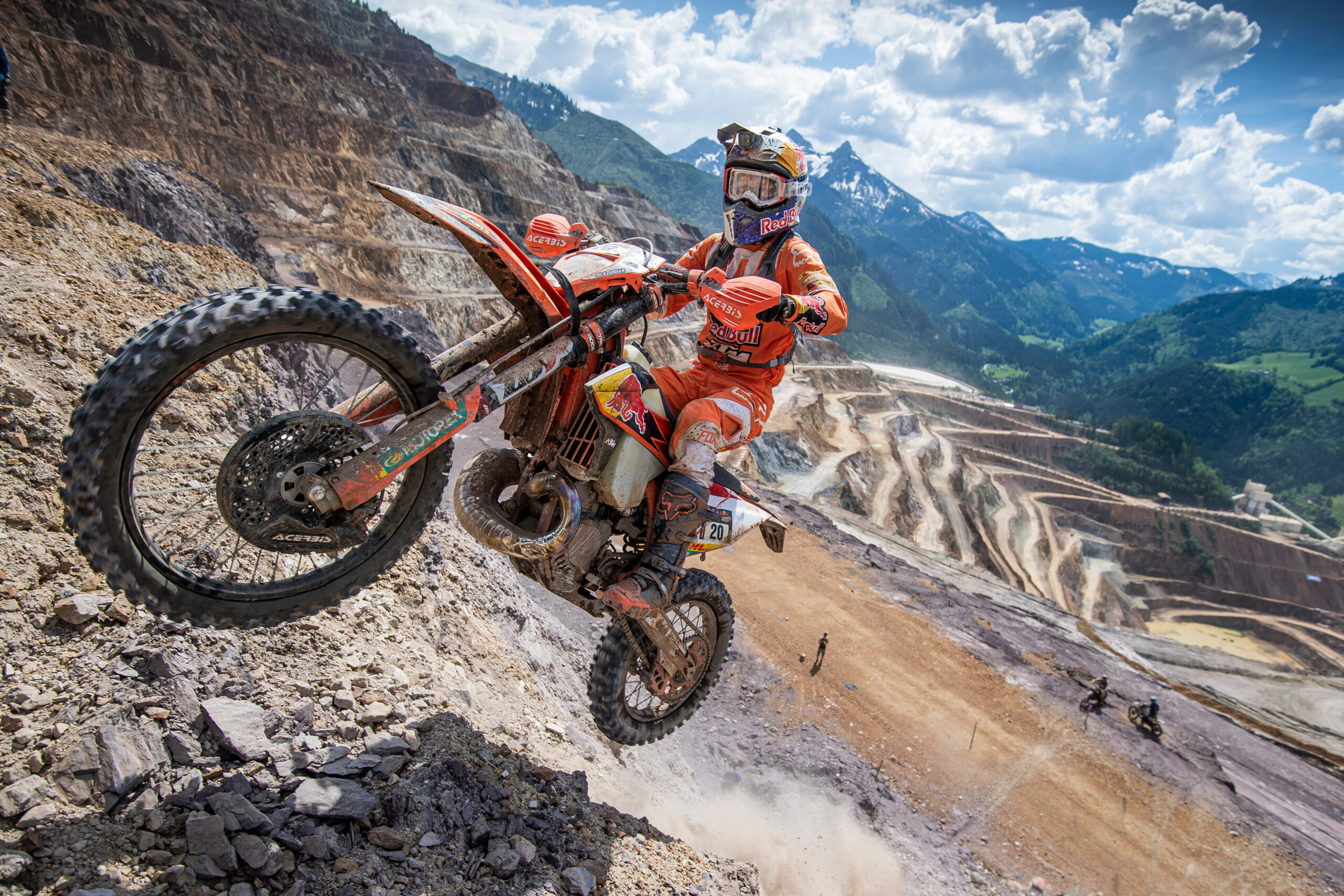 This week’s Red Bull Erzbergrodeo in Austria sees 500 of the world’s best Hard Enduro riders ultimately take on a daunting 40km mountain course in a working iron-ore quarry with German Manuel Lettenbichler looking to become the first son of a Red Bull Erzbergrodeo winner to triumph after his father Andreas’s 2015 joint victory and veteran Briton Graham Jarvis eyeing a record sixth trophy. Here is all you need to know:

– Tranquil Eisenerz, the town that hosts the four-day event, swells tenfold as 40,000 fans flock to the tiny Styrian mining town to see 1,500 hopefuls take on the ‘Iron Giant’ with this year also doubling up as the third stop of the 2022 FIM Hard Enduro World Championship.

– Manuel Lettenbichler is already the youngest finisher in the event’s history at just 16 in 2014 and arrives fresh from victory at Xross in Serbia while he is also up against closest rival and friend, Billy Bolt, who is the reigning world champion and runner-up at the Minus 400 season opener.

– Even though three-time champion Jonny Walker will be missing due to injury, Jarvis will be out to surpass Blazusiak with a sixth victory while South African Wade Young, Austrian Michael Walkner and Minus 400 winner Mario Roman of Spain will also take to the start line.

– Organiser Karl Katoch’s course will see the riders tackle steep climbs like Wasserleitung (Waterpipe) and Zentrum am Berg (which translates to the Tolkienian Heart of the Mountain) before heading down Carl’s Dinner – an energy-sapping technical over boulders – followed by the descent and escape from Ludwig’s Land and more climbs at Dynamite and Lazy Noon.

– In 2015, when Ludwig’s Land was introduced, the riders couldn’t find enough grip to climb out the slippery section with Jarvis, Walker, Alfredo Gomez and Andreas Lettenbichler working together to haul their bikes out before sharing exhausted top honours on the top step of the podium.

– In fact only five out of 500 bikers made it to the 2015 finish – exactly one percent – while in 1999, the mountain was slightly kinder to the racers and 51 crossed the finish line, and a 10 percent success rate.

– The Rocket Ride sprint is followed by the daunting Iron Road Prologue, two tough time trials that whittle the field down to the last 500 fastest qualifiers for Sunday’s Red Bull Erzbergrodeo ride to the finish line.

– The final race duration is limited to four hours, and only a handful of riders make it to the top thanks to a 630m ascent on ever-changing terrain, tricky boulder gardens, forested climbs and steep faces.

– The race is also famous for celebrities with alpine skiing legend and = skilled rider Marcel Hirscher, 33, suiting up this year on a KTM bike on home soil after taking part in the Red Bull Romaniacs race last year.

– Racing around a huge deposit of iron with its own magnetic field can also play havoc on navigation and broadcast equipment, while it is a superb conduct lightning conductor into the bargain.

– With the terrain changing significantly since the last edition, rookie Walkner, 24, said: “I’m really excited because it’s a home race and I know the mountain. I’ve been looking forward to this.”

– Five-time winner Jarvis, 47, added: “I’ve missed it, so it’ll be good to get back. It’s the one everybody wants, so I’m just going to try to be on peak form. Anything can happen, so you’ve got to go for it!”

– The 26th edition, after the pandemic saw the 2020 and 2021 races cancelled, looks set to be the most intriguing yet with the main action live on Red Bull TV across Saturday June 18 and Sunday June 19. 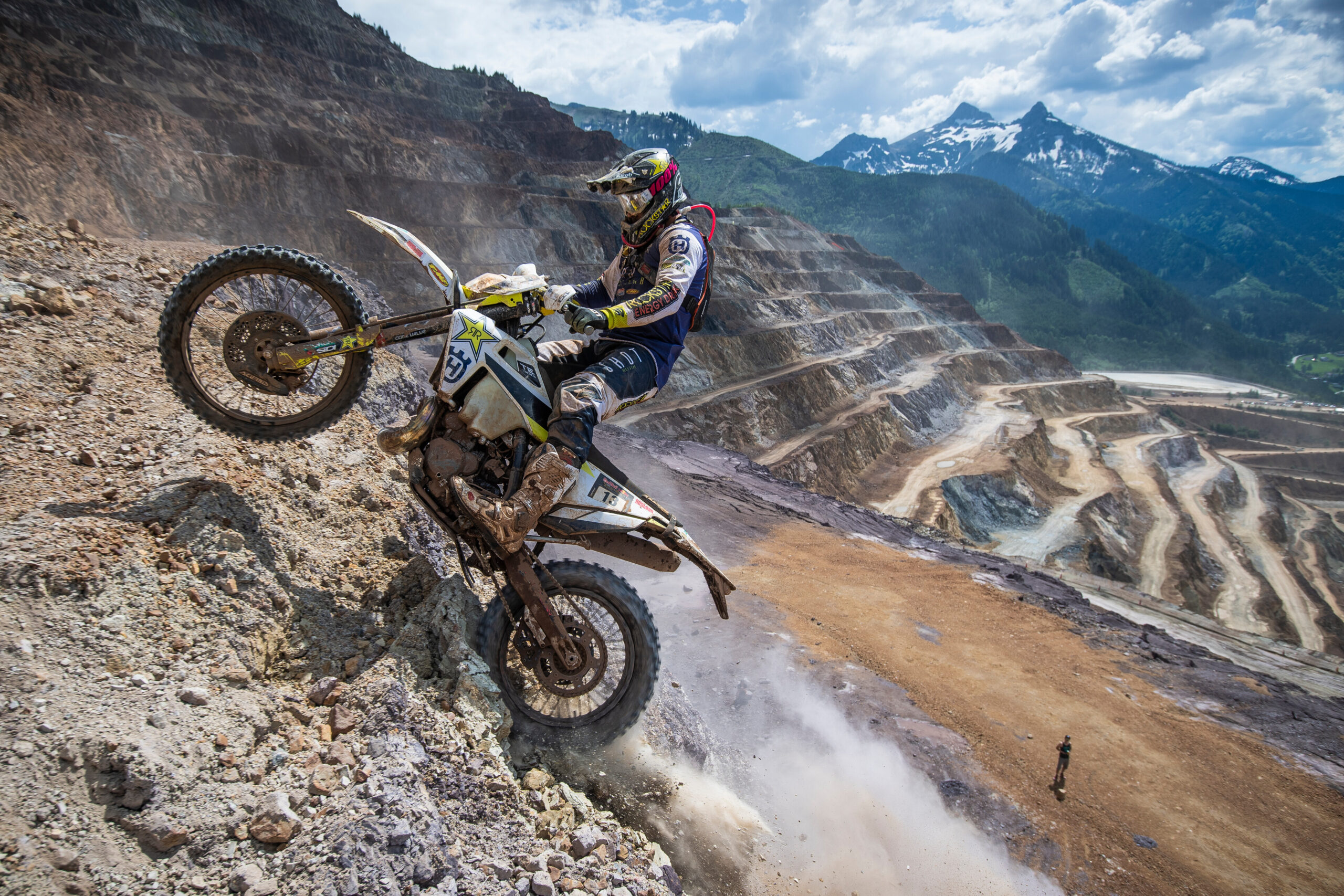 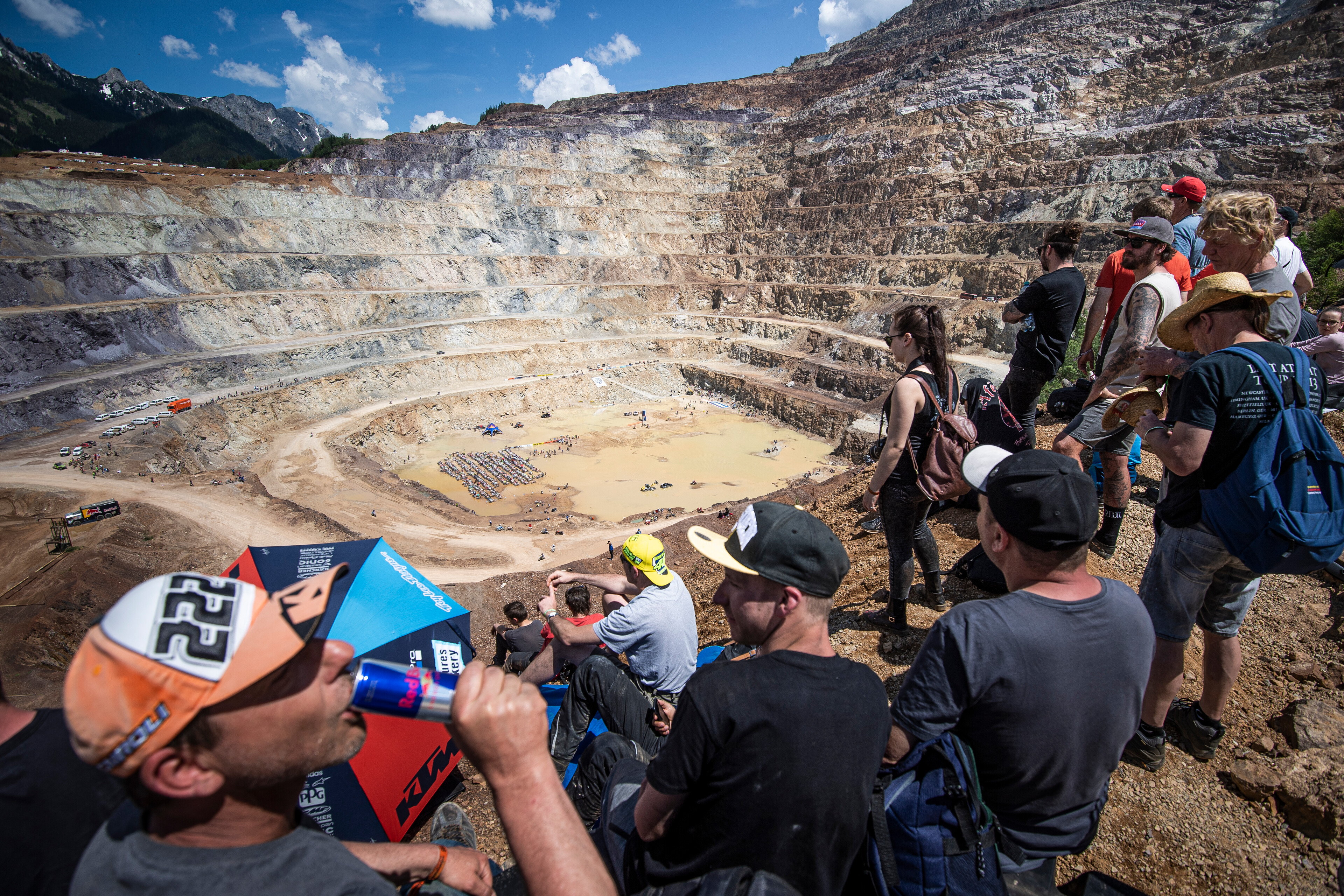